As part of the green remodel Mr. Mouse has faithfully been blogging about here, we actually needed to have our current PGE feed upgraded to a 200 amp line. This involved several months of phone calls and the removal of a sizable piece of concrete.

When I asked our supposedly green contractor what he was planning to put in that place, he said "concrete, of course." I was stunned. First, concrete is a significant contributor to global warming. Sending concrete to the dump adds more stuff to the landfill. More importantly, one of the most important and easiest ways to conserve water is to prevent runoff. It's much better if water stays on the property, sinks into the ground maybe to be absorbed by tree roots, than if water gushes down from the roof, across the concrete, into the gutter and, where we live, into the bay. Permeable concrete is a potential answer to this, but Mr. Mouse are considering a redesign of the driveway and removal of more concrete in the future, so the right choice seemed to be urbanite.

Urbanite, usually from jack-hammered pieces of concrete, has been in use in the landscaping trade for several years and I had seen some attractive patios and walls, so I was hopeful we could succeed in finding an attractive, permeable solution to the concrete problem.

We were lucky that our general contractor picked a concrete specialist who had a very large concrete saw (the size of a wheelbarrow) and he allowed me to choose the size and shape of the pieces of concrete. We started with an area of about 72 inched width, and I had the pieces cut once along the middle and 20 inches wide, kind of like this (a few irregular pieces resulted as well). 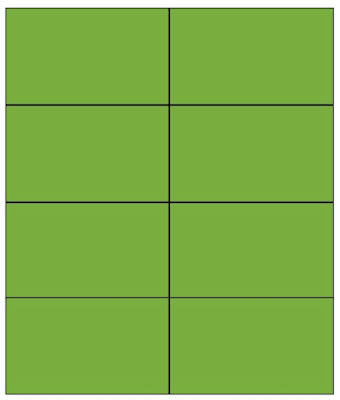 The concrete contractor left, and we had a stack of fairly large and heavy blocks. 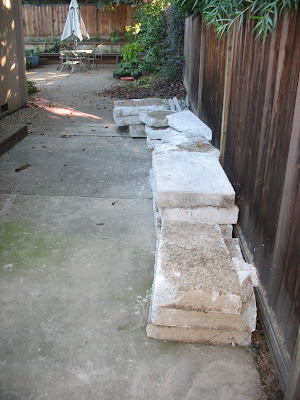 I got in touch with my garden designer Chris Todd for the next step. We wanted to lay out the concrete pieces in a way to got us better permeability so we needed spaces. 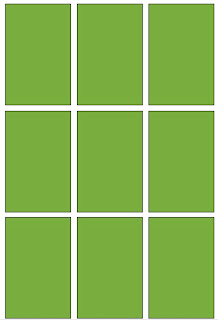 We decided to change the orientation of the pieces as a first step. This allowed a gap of about 2 inches between the pieces, plus room on the side. Problem was that it looked boring, so we played with the design a little more, going back and forth and finally coming up with something pleasing. 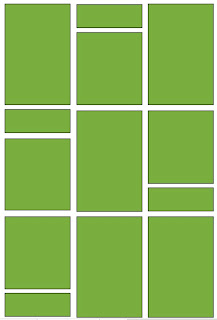 This would require a few additional cuts, but I had already called Larry, who works for Landmark Landscapes. The company had installed both my front and back garden, and I had been impressed by their great work, timely delivery, and fair price and was looking forward to having them do my small project. The day the work started was fairly wet, but Larry and Carlos set to work preparing the area. They removed some soil, which was later used to elevate the new hedge, and prepared the area with base rock. Preparation is important so the concrete pieces can be put down flat. The two men then set to work putting the pieces in place. I was very impressed how fast they worked, and liked what I saw. 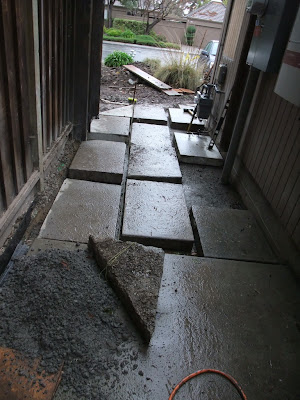 Larry was careful to align everything perfectly, and we were glad to find that our plan was accurate and the pieces of the puzzle fit together. The side, which was angled, required some extra work, but eventually all the pieces were in place. The next step was filling the gaps with pebbles or other materials. I was tempted to get some small pebbles, but eventually decided to go the green route and buy some bags of tumbled glass from Building REsources in San Francisco. Building REsources is worth their own post. I very much enjoyed the different tumbled materials they offered and liked the other reuse garden and house materials they had for sale. For my "pebbles" I could have chosen dishes, traffic light glass, or other broken glass. But the tumbled tempered glass, mostly from old shower doors, was the most uniform in size and color and I loved the sea-glass feel. 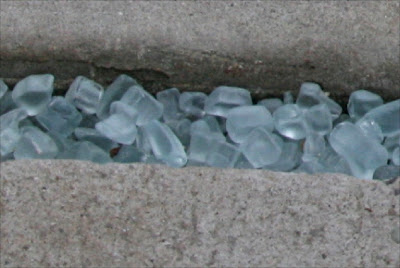 I only got my glass a few days before the garden tour, but it was easy to fill the gaps with the glass. All the children who came to the garden very much enjoyed the glass. We kept a small container at the sign-in desk so they could feel it and maybe even take home a piece. 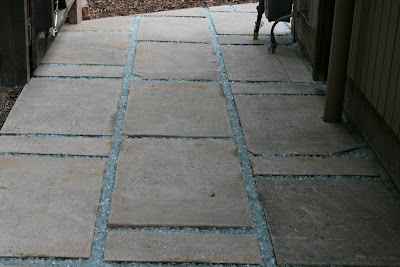 And now, of course, I'm hoping that these kids will ask their parents to put in an urbanite path, and fill it with the magical glass.

(Goodness knows, I've dug enough untumbled glass out of my own garden since we got the place.)

Diana Studer said…
That looks good, and you must feel good about your green choices. I am a bit uneasy about using glass as mulch. Greener than dumping, but is it greener than recycling as glass. Or are shower doors unsuitable for that?
May 10, 2011 at 11:42 AM

Kate/High Altitude Gardening said…
Very impressive! I like that sea glass look, too, but it never occurred to me to figure out how to make that happen in my own garden. I may have to follow your lead!
May 10, 2011 at 12:56 PM

Tempered glass can't be tossed into the recycle, so reuse is best. Or so a Google search for Recycle Tempered Glass seems to indicate.
May 10, 2011 at 2:26 PM

Curbstone Valley Farm said…
I saw your tumbled glass during the GNGT, and never would have guessed it was recycled shower doors! It looked lovely. We need to have a section of our road replaced soon (our entire road was poured 20 years ago, and is SOLID concrete...why is anyone's guess). I've been dragging my feet because I can't fathom what to do with it all! As we need to build a patio in the back with fire-resistant materials, maybe I'll move some of the road back there, rather than installing cobble. You've inspired me! I was already looking into a permeable road surface, and have found a few options (we're on a steep slope so runoff is an issue), but never thought to turn my old road into pavers!
May 11, 2011 at 1:10 PM

Gail said…
I love it! The glass sets the Urbanite off beautifully. I've not seen it here in Middle Tennessee, but, we are decades behind the rest of the world! I might be over stating that~But, you know what I mean! gail
May 11, 2011 at 1:48 PM

Jean Campbell said…
Fascinating. I have to figure out a way to make the rural mail carrier a 'pull-off' spot that doesn't wash away with every muddy day.
May 11, 2011 at 2:34 PM

Christine said…
So lovely! The light colored glass looks like a great choice to lighten up a darkish space.
May 17, 2011 at 12:48 PM

Commonweeder said…
Tumbled glass. What a great idea! I've only recently become aware of urbanite - but will probably not have occasion to use it - out here in deep country. Great post.
May 1, 2012 at 9:41 AM

Young Dittrichia graveolens , stinkwort, showing "Christmas tree" form So I recently learned what that sticky smelly plant on my neighbor's grassy hill is. It's a very very bad weed! --  Dittrichia graveolens , commonly known as stinkwort. As editor of our local CNPS chapter's newsletter, I received a timely article from a member which solved that little mystery. The plant shown above is growing on that grassy hill today - but it won't live past tomorrow! The content below pulls together two articles from the upcoming newsletter, text reused with permission, photos used with permission too. (Nice thing about the blog -- more room for photos.) It's good to spread the word widely about this widely spreading weed. Wanted Dead or ... ... DEAD! DITTRICHIA GRAVEOLENS , a.k.a. stinkwort, is a new invasive non-native plant to watch out for, first recorded in the early 1980s in Santa Clara County. It is a late-summer to fall annual that germinates over a