Is all the rain falling on other people's garden? 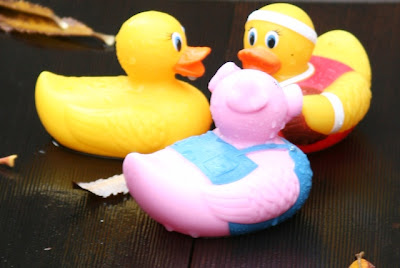 Reading some other California garden blogs, you'd think it was a good year water wise. Big storms early on, even in Southern California.

Except that I've been feeling as if all that rain has been falling on other people's garden. Am I just being paranoid, or has this really been an exceptionally dry year for the Santa Clara Valley? An easy way to find out is checking the Santa Clara Valley Water District's Precipitation gauge information.

Have a look. In the Northwest Watersheds, Dahl Ranch up in the hills has a fairly respectable 18 inches, but down here, Sunnyvale has 11 inches, Mountain View 10, and Palo Alto not much more than 8. With the average at about 15 inches, we're at about 2/3 of average, so unless we get another really good storm or two -- not too likely that late in the season -- this has indeed been a dry year.

For the whole district, things look a bit better but not much. While some locations weigh in at 44 inches, and Lexington Reservoir received 27 inches, the reservoirs across the district are only at 66.9%. Not catastrophic, but not great.

I feel lucky to have native plants in my garden, but I also know that they won't look great unless they get at least average rainfall, or at least some supplemental water. I'm planning on having my irrigation system checked soon because the plants especially like a little extra moisture early in the season, before many of them go summer dormant.

In the meantime, I'll find my water meter in the shed and monitor the situation -- and I'll hope we'll have one more really good downpour (or two) before things dry out. 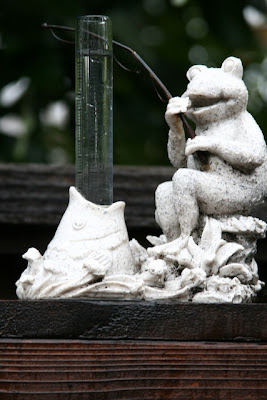 James said…
I'm surprised that you've been so dry. I'd been assuming that most of California was doing pretty well this rainfall season. San Diego's somewhere between 10 and 11 inches--already over our seasonal (July-June) average. But the numbers don't give you the full story about all the dry weeks between rains in this, the rainy season. Well, I hope some clouds come your way and water you in before the summer starts up!
March 10, 2011 at 9:37 PM

Brent said…
Here in the Los Angeles area we're having the second wettest winter in the last seven years. Of course, that's due mostly to heavy December rains, so the need to supplemental watering still exists.
March 11, 2011 at 1:48 PM

Anonymous said…
Here in the East Bay we are doing well on water. We are having a relatively wet year. Last month was three inches above average! :)
March 12, 2011 at 12:00 PM